READY TO JOIN YOUR TELEMEDICINE APPOINTMENT?

SEND US A MESSAGE
Skip Main Content
Previous | Next

The Trials and Tribulations of Night Owls

Are you a night owl? Do you do your best work at night, struggle to fall asleep before midnight, sleep until noon on weekends, and despise mornings?

The Trials and Tribulations of Night Owls

Are you a night owl?  Do you do your best work at night, struggle to fall asleep before midnight, sleep until noon on weekends, and despise mornings? Perhaps you have phase delay syndrome.

Phase delay syndrome means that your circadian phase, or the relationship of your body’s sleep-wake cycle to the 24 hour day, is delayed relative to those of others; you naturally go to bed later and awaken later than others.  Phase delay only becomes a “syndrome” when people need to go to school or work early and suffer because their bodies cannot acclimate to an early-to-bed, early-to-rise schedule.

There are probably tens of millions of people in the US alone who have some degree of phase delay syndrome and who struggle to awaken for work or school.  However, very few seek medical advice.  Why?  Our society sees those who struggle to awaken in the morning as lazy. We do not conceive that such people may have a fundamentally different circadian system and benefit from medical consultation.

If you are an evening person, can you become a morning person?  Tara-Parker Pope reports in a recent New York Times “Well” blog post, “Sleep experts say that with a little discipline (well, actually, a lot of discipline), most people can reset their circadian clocks.”  Ms. Pope accurately captures the challenge of overcoming a circadian disorder in her parenthetical remark.

Sleep physicians treat phase delayed patients by manipulating three factors: light, melatonin, and wake time.  Light allows our bodies to distinguish between daytime and nighttime.  Morning light shifts bedtime earlier, and evening light shifts bedtime later.   I  encourage patients (those who do not have known retinal disease, since some ophthalmologists theorize that bright light may be unsafe for those with the retinal disease) to buy a Philips GoLite (I receive no compensation from Philips) to provide light exposure for as long as possible between awakening and 3 hours after awakening.  Consider sunglasses outside after dinner in the summer and dimming all lights and screens as much as possible in the evening.  Use over-the-shoulder lights in the evening to minimize light to the eyes. Melatonin, available over the counter (Trader Joe’s offers a .5 mg OTC chewable tablet), is a naturally occurring hormone that pushes bedtime later when taken in the morning but pulls bedtime earlier when taken in the evening.   Melatonin has varying potency depending on the time of administration, but because it causes drowsiness (no driving for 8 hours after melatonin ingestion), few patients can safely take melatonin before the late evening, around an hour before planned bedtime.  Higher doses of melatonin may be no more effective than lower doses.  Initial melatonin and light recommendations are easier to execute than wake time changes, which are equally necessary.  Most of the phase delayed patients I see awaken early during and sleep late on weekends.  Delayed weekend wake times delay weekday bedtimes and undermine the benefits of changes in light and melatonin.  If you currently awaken late every day and will need to awaken early in the future, I recommend fifteen to thirty-minute advancement in wake times daily.

In my experience, treatment of phase delay syndrome often fails initially.  Different people respond to light and melatonin, administered at different times, differently.  I counsel patients to expect to struggle but to take note of why they struggle and to keep sleep logs.  Those who persist- with the technical and moral support of a sleep physician- often succeed. 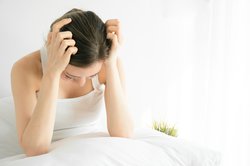