An article published in JAMA explored whether sleep apnea or repeated pauses in breathing during sleep increases the risk of subsequent dementia.  298 elderly women underwent sleep studies.  105 had sleep apnea.

What can you do to prevent memory loss?  Sleeping well maybe a potent strategy.

Not only might sleep apnea contribute to dementia, but healthy sleep may help the brain fight dementia.  Here is the background:  Several factors likely contribute to the development of Alzheimer’s disease.  One of these factors is the buildup of plaques between brain cells.  The main ingredient of these plaques is amyloid-beta.  In the fluid surrounding neurons (known as cerebrospinal fluid or CSF), the more amyloid beta there is,  the more that precipitates out, forms plaques, and contributes to Alzheimer’s disease.

A 2009 mouse study, published in the premier journal Science, showed that CSF amyloid-beta decreased in sleep and increased during the wake.  Sleep deprivation spiked amyloid-beta levels.   A paper in the Archives of Neurology aimed to replicate these mouse findings in humans.  Volunteers agreed to have levels of spinal fluid amyloid-beta checked hourly.

The researchers hypothesize that wakefulness leads to amyloid, and the brain clears amyloid during sleep.  In the young, this process is robust.  In the elderly, the persistence of amyloid clearing may protect the brain from plaque accumulation.  Failure of this process may foster amyloid buildup in the brain and dementia.

So what does this mean for those who want to prevent dementia and those who have dementia?  If you have trouble sleeping, feel sleepy during the day, snore, or carry excess weight, you might have sleep apnea.  Consider seeing me! If you can sleep well but don’t give yourself the opportunity to sleep for 8 hours each night, do your best to prioritize sleep.  Let your brain cleanse itself. 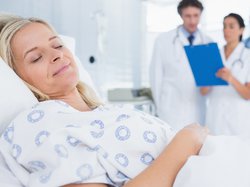