What if your local high school had a practice, in place only by accident of history, that impaired the ability of high school students to learn, increased their risk of car accidents, worsened their moods, and caused medical problems?

What if your local high school had a practice, in place only by accident of history, that impaired the ability of high school students to learn, increased their risk of car accidents, worsened their moods, and caused medical problems?  In fact, many schools do have such practice.  That practice is the early start time.

In line with our intuition, adolescents function poorly in the morning.  This poor functioning surely has some link to bad sleep habits, but biology plays a greater role than most people realize.  All of us have circadian or daily clocks, which tell us to feel sleepy at night and wakeful during the day.  The internal clock of an average sixteen-year-old at 7:30 am is in the same place as the clock of an average adult at 4:30 am.  Starting the schoolday of an adolescent at 7:30 is the equivalent of starting the workday of an adult at 4:30 in the morning.

And there are consequences to such an early start time.  Adolescents sleeplessness and attention suffer.  Early start times may lead to more car accidents among adolescents.  There is a great deal of evidence that early start times correlate with lower scores, worse mood, and more illness.  In a recent paper, economists at UCSD analyzed the performance of freshman cadets at the US Air Force Academy, some of whom were randomly assigned early start time, and some of whom were assigned a later start time.  Those assigned the later start times performed significantly better.  They scored better not only during morning classes but during the entire day.  How much better?  It was as if every average teacher had been replaced with an excellent teacher (improvement, in statistical terms, by about a standard deviation).  Imagine such a benefit across every high school for every student.  Imagine such a benefit for you or your child. 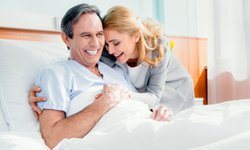 To Serve, To Protect, and Perchance to Sleep- Police Officers and Sleep Disorders